Virginia Geography is a subject matter that ranges a full length and breadth. From coastal plains to mountains to plateaus, the state is known to have diverse physical regions. From the south-west to the northeast these are the distinct five sections of its geography one will see:

The great Appalachian Plateau is located at the southwestern point of Virginia, and it encompasses all places from Alabama to New York. It is the smallest region of the five listed above. The counties that are included in the plateau are Buchanan, Dickenson, and Wise. When seen from the eastern edge, the plateau appears like a mountain range because of the slope. In reality, it is a just sedimentary rock that has eroded over time to form a plain.
While the western border of Virginia that is shared by Kentucky and West Virginia and a tiny part of Maryland is covered by the Appalachian, the rest of the area is dominated by the Blue Ridge Mountains. A densely forested, mountainous landscape that abuts the plateau, the range covers an expansive area. The Blue Ridge Mountains can be found in Georgia and North Carolina. The tallest peaks of the range are located at the southwest tip and are known as Mt. Rogers. The height they reach is over 5700 feet.

Another stretch of forested mountains that can be found in Virginia is the Allegheny Mountains. This range stretches towards the north to touch Pennsylvania. Next to this mountain range comes the Valley and Ridge region. Part of The Great Valley that runs from Alabama to Quebec, it is full of lush green valleys that have a very subtle topography. Hot springs, caverns, and caves can be found in abundance in this area of narrow parallel ridges that have an elongated structure. The valley is known as Shenandoah Valley after the river that flows along it and makes the area highly fruitful. 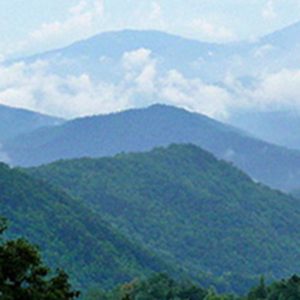 At the foothills of the Blue Ridge Mountains comes the Piedmont that extends from Alabama to Pennsylvania. The area is known for rapids and small waterfalls due to the Fall Line that divides this region from the Coastal Plains. In the cities of Alexandria, Fredericksburg, Richmond, and Petersburg, the fall line is deep enough to form ports where the deep bottom ship can navigate. The largest region of the state is Piedmont which slowly falls to give way to the Chesapeake Bay and low laying Coastal Plains.

The east side of the state is the coastal plain also known as Tidewater. The region extends from Georgia to New Jersey. From the ocean, as one moves inland and towards the west, the terrain rises to almost three hundred feet above sea level. The region is wholly covered in clay, sand, and gravel that has formed due to erosion over time. The core of the area is a solid rock that formed over 500 million years ago.