It is fun time in Virginia.

Virginia is known for its amusement parks and its fancy roller coaster rides. In fact, the school year also depends on the amusement parks. Schools do not open before the first monday of September according to the laws there. Virginia is the place for vanity plate lovers. More than 1 out of 10 registered license plates are from Virginia. Ponies swim in Virginia, called ‘saltwater cowboys’, over 100 wild horses are seen swimming from Assateague Island to Chincoteague Island in Eastern Virginia. The ponies are auctioned for the purpose of raising money for a local fire department.
Foamhenge is a styrofoam replica of the Stonehenge. It can be found in Natural Bridge, Virginia. Mark Cline an artist created it in 2004.

Virginia – the mother of states

Many states were created from the Virginia territory. Ohio, Ilinois, Kentucky, West Virginia Indiana, Wisconsin, Minnesota were all born out of Virginia. In the 1600s most of the United States was Virginia named by the British Colonist after the ‘Virgin Queen’ Elizabeth 1. 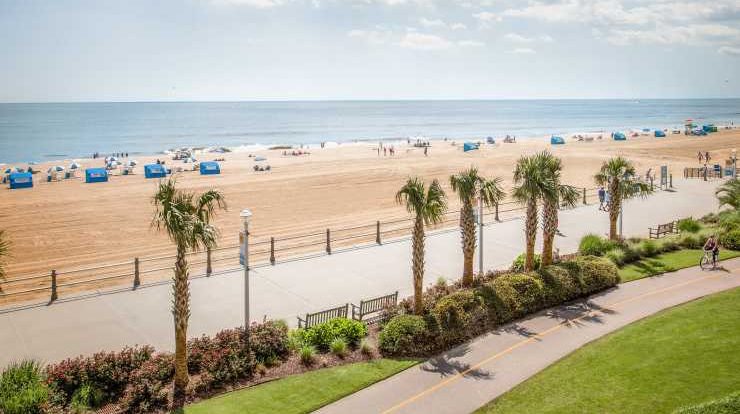 The American Revolution is known to have ended in Virginia, which also gives it a name – ‘birthplace of a nation’. More than 2000 batlles in the Civil War were fought in Virginia. Over 8 US presidents were from Virginia and 6 First ladies too.

The Chesapeake Bay Bridge Tunnel, the world’s largest bridge tunnel, is in Virginia. It is over 18 miles long and is made up of two bridges and two tunnels which are over a mile long. It connects the city of Cape Charles with Norfolk. The oldest college building, The Wren building, in the U.S. is in Virginia, which was started in the 1700s. It was also popularly called ‘The College’ in the olden days.